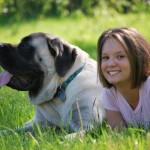 In a world full of Cesar Millan-wannabes, and Animal Planet addicts, it’s difficult to decide where to turn when it comes to training your furry friend. Everybody seems to be an expert these days, and every method from Cesar’s Way to the police K9 training has its pros and cons. But how do you pick? How do you decide what’s best for your family member?—because after all, that is what a dog is to many people. We choose the best schools for our children, and we want the best training for our dogs—and if that can be accompanied by the best price, and the best effect, even better. For starters, lets cover a few terms that I’ll be using later on. As you read these terms and definitions, think of what TV trainers you’ve seen have used which training techniques (a trainer will often use more than one to get a desired result).

Next we have negative reinforcement. Many people mistake negative reinforcement as the reinforcing of unwanted behaviors. This is incorrect. Negative reinforcement is the use of an aversive stimulus that the dog wants to avoid. Removal of the stimulus increases the chances that a certain behavior will happen again. An example of this would be an old way of training bird dogs to hold an object. The dog’s ear would be pinched until he would hold the object, at which point the pinching stopped. The dog would then learn that in order to avoid this pain, he holds an object in his mouth.
Negative punishment is the removal of something the dog wants in order to prevent a behavior from happening again. An example of this would be a dog jumping on a person, and that person becoming a “tree” and looking away from the dog, ignoring him. The dog wants attention for the jumping, so the attention is removed. The dog soon learns that by keeping all four feet on the ground, attention is restored (this is an example where negative punishment runs into positive reinforcement).

Positive punishment is the introduction of something aversive after a behavior has happened, in order to prevent the behavior from happening again. An example would be a shock collar, or a bark collar. Positive punishment has been shown to be the least successful out of all of the aforementioned training techniques, and it has the least predictable effect on dogs. Negative punishment also often requires “upping the ante,” and increasing the level of punishment as time goes on. The most effective methods of training a dog seem to be a combination of positive reinforcement and negative punishment. So where can you find this kind of training?

This is where I divulge personal experience. I came into the training world with a psychology background. I had a strong understanding of reinforcers and punishers, and how they can be used on people and animals. But I wanted to understand their specific use on dogs, and how I could use my knowledge to create a more well rounded companion.
My very first experience with a trainer was at one of the big box stores. I can honestly say that we had an excellent trainer with a lot of knowledge to share. However, at times it seems that the regulations of the big cooperation she worked for hindered her from sharing information that would’ve been very useful. She was only allowed to teach positive reinforcement training. I remember complaining about my puppy barking incessantly when I’d be preparing his meals, and our trainer pulling me aside later and telling me to just toss the dish on the counter and walk away (negative punishment). While she shared this with me on the side, she was not supposed to teach it, as it was not a part of what was in their training manuals. I think the level of distraction in the store was great in helping my pup learn to focus, but the constant interruptions by curious customers in the store got somewhat old after a while.

After that experience, I decided to do a lot of homework on training techniques. I was horrified to read that old time K9 handlers used to “helicopter” their dogs for being insubordinate (a method of swinging the dog in a circle by it’s leash). This was a prime example of positive punishment. I realize that there are times where positive punishment is called for, for example, in the case of a high prey drive dog that is continually attacking a neighbor’s livestock. At this point, in many states, the neighbor is within his rights to shoot and kill the dog, and prey drive is a difficult thing to work with. This dog’s safety is now at stake. So I would absolutely support the use of a shock collar in order to create an association with pain and the livestock in the dogs mind. However, for the everyday average behavioral problem that we’ve all been through, taking the time to build the relationship and trust with your dog (rather than instilling fear of pain) will get a person much farther and set one up for success with their dog in other training endeavors.

At this point my puppy was around 6 months old, and I knew I wanted to get him into some sort of advanced training. I took an Advanced Obedience class at Beaufort Dog. I was impressed with the real-world environment, the off-leash time the dogs got to have in order to socialize and play, and Kelley’s creative solutions to problem behaviors. It also instilled in me a desire to learn more.

When my dog was around a year old, I was hired at Beaufort Dog and began apprenticing under Kelley. I had an opportunity to see the combination of positive reinforcement and negative punishment methods work in dogs on a daily basis, through my job, and the training apprenticeship. Learning when to give attention, and when to take it away made training my second dog so much easier. I learned to time my rewards better so that my dog better understood what he was being rewarded for, as well as the use of less intense positive punishment tools such as a spray bottle or a citronella collar.

Your dogs’ training begins with you. What do you want from a relationship with your dog? Do you want to bond with your dog, and learn to communicate effectively what you want? Or do you want your dog responding to cues out of fear of punishment? Do you want a real-world environment that will set you up for success, or an environment where the trainer is limited on what knowledge he or she is allowed to share? Do you want lasting results, or results that fade unless you intensify the positive punishment?

For me, the answers to those questions are very simple. My dogs are family members, I want them to want to please me, not obey because they fear. What about you?

™
Made with ♥ in Beaufort, South Carolina.